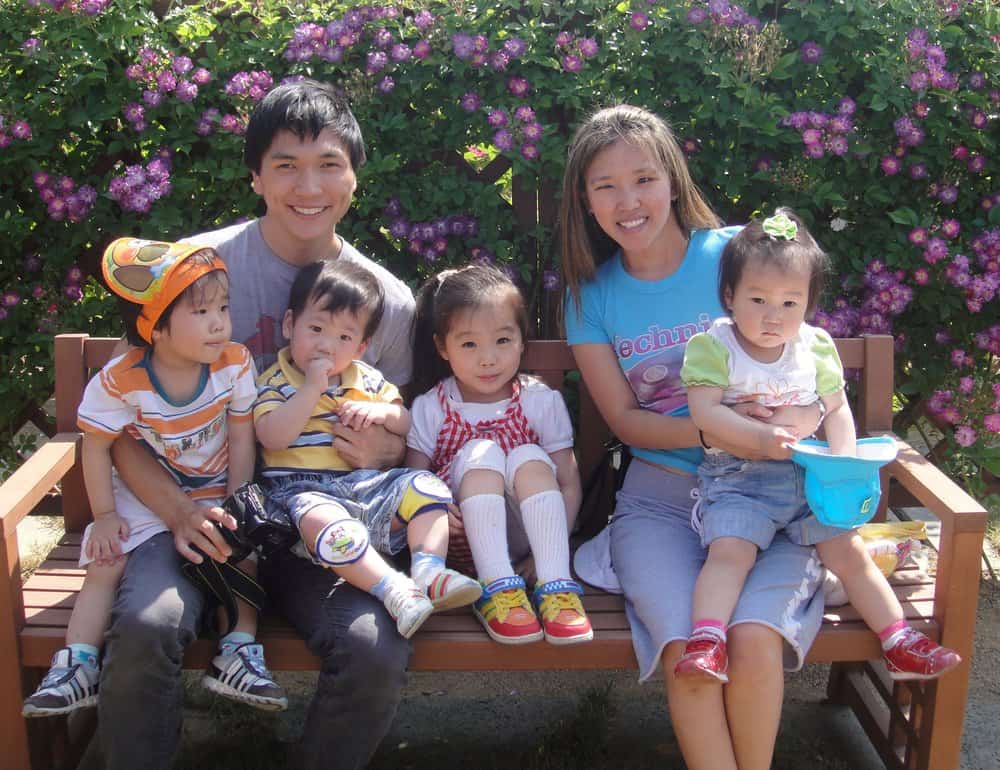 My experience this past summer in Naju, Korea was truly an amazing and wonderful opportunity that I never thought that I would never get the chance to do, but I know now that after participating in the Korean Internship program, it is something that I will never forget. I am so honored to have received this scholarship and been given the chance to take care of all the babies and children in the SWS baby center in Naju.

Before I went, I was extremely nervous and I had no idea what to expect. I was lucky to have had friends who were also given the scholarship so I was given a lot of extra information and I had a better idea of what to expect when I arrived in Naju. When I stepped off the KTX train from Seoul to Naju, I knew that this was it. We were greeted by Sun, who was one of the workers at the baby’s reception center. She brought us to the Baby Center where the rest of the staff and the director of the center further greeted us. Alex Miller, another Korean Intern from Spence-Chapin, and I presented our gifts that we had brought for the children and babies, and they were all extremely grateful. After that we were given a tour of the grounds and introduced to some of the children that we would be taking care of.

When we were finished meeting the children I was given the chance to relax and get settled. Alex was staying in the main building and I was staying in the “little moms house”.  I really enjoyed staying with the little moms. Although they were shy at first, and there was a big language barrier between us they were still welcoming and very nice to me. The little moms are the girls who are pregnant and staying in the house until they give birth and the others have already given birth and are recovering and staying there until they can return to their homes. I really enjoyed staying with the little moms, we all would hangout and watch television or play games on our lap tops or have ice cream parties and eat pizza and snacks. A lot of times, I would watch the little moms make toys and clothing for their babies. It was important to them to know that they were sending their baby away with something that was from them, one of the girls told me that it was her way of leaving a part of her with her baby. Some of the little moms also kept journals with photos of their sonograms and wrote letters to their babies saying they were sorry they had to give them up, but it was because they loved them very much and only wanted the best for them and that they deserved a much better life than they could give them. It was extremely emotional and the little moms always took pride in what they made for their babies and most of the girls who had already given birth would show me photos of their baby.

On my first day, I was both nervous and excited to see all of the little babies, the caretakers were so nice and I spent the day helping in each room feeding, changing and playing with the babies. It took a few days but I was able to adapt to the schedules of all the babies and I knew when they would be eating and napping. Although there were so many rooms and so many babies to help out with, I always found myself in one room where I had developed a special bond with the babies that were there. One of my favorite things was taking the children with the caretakers on special outings. Over the course of my stay in Naju, we went on field trips to a few different locations that were absolutely beautiful and a lot of fun. I really enjoyed taking the older children out because it was nice to see them having a good time and getting to spend some extra time with them. Some of the places that we went to were a bamboo forest, a green tea field and my favorite was the rose garden trip. The Rose garden was beautiful and had several different types of rose bushes everywhere and there was also a huge fountain that you could run through and cool off. I took one of the kids through and he loved it and did not mind at all getting wet. At the end of each trip we always got ice cream with the kids. They always looked forward to it and it made me realize how much I was given as a child, it is the littlest things that you take for granted, like going to the grocery store or getting a small toy, or even ice cream. These kids do not usually leave the orphanage unless it’s for a special trip or to go to the doctors, so for them going out and even getting ice cream was a big deal for them.

Everyday was a new adventure for me, we had a schedule of events and things that were happening for each week, but the schedule usually changed almost everyday. Some of the other activities that I was able to experience was making Korean food, there was a day that I made kimbop and another day I made a spicy radish. There were even certain days where the little moms would help and we would all do a project together. On one of the days we all made cakes, I love to bake and I found that it was interesting that even though I had no idea what was being said, I knew from baking so much what I was supposed to do. One of my favorite cultural experiences that I was able to participate in was a traditional tea ceremony. Alex and I dressed up in the hanbok clothing and were given lessons on how to bow, and how to drink tea at a traditional ceremony. On another day we were taken to this conference and asked to speak about our lives and what it was like to be adopted. I think that it was really important to talk about where we were from and especially to share our story with people who are Korean. It gives them the chance to see that kids who are sent out of the county still live very happy and normal lives with several opportunities. I am so grateful for the life that I live and for all of the things that I have been given.

Usually on the weekends if we did not have a trip we were given down time, the staff at the baby center, always made sure that we were taken care of and they even took the time out of their busy schedules to take Alex and myself on outings or in to town to do some shopping. We were even taken out to a special restaurant for lunch so we could have a special soup Naju was known for. They always asked us if there was anything special that we wanted to do. Before I knew it, we were getting near the end of our stay in Naju. In the last week, Alex and I were taken out by the staff and treated to a delicious dinner at a restaurant that was in the same home where we had our traditional tea ceremony. They also gave us a wonderful going away dinner. The staff, the little moms, and the caretakers were all there. Alex and I again shared our adoption stories with everyone. After dinner we also had a karaoke party and sang and danced, it was definitely an amazing night.

On the day that we were leaving, I knew that I would be emotional, after spending a month with these little babies and children and forming close bonds with some of them, it was very difficult to say good bye to them. I had secretly wished that they would let me take one of the babies home with me, but I knew that that would not be possible. I was able to hold and say good-bye to my favorite baby, HeeBi as well as some of the caretakers that I had gotten close to. The little moms made me a poster that said “Good-bye Jennine” and they all wrote something on the poster, some wrote things in Korean and some even wrote things to me in English. One of the things that I know I will remember is that I was told that the little moms would look at Alex and myself and have hope and believe that their babies would turn out like us, and be given a wonderful life like we had. It was hard to leave but I was also ready to go back to Seoul at the same time. This experience that I was given is one that I know I will never forget. I am so honored to have received the scholarship from Spence-Chapin. This trip was truthfully the best experience of my life. I never thought that I would ever do anything like this. But getting to go back to Korea, and retrace my roots and be in the same town that my birth mother was from and was also living in was something that was very significant to me. Although I was not able to make contact with her, I know that I have closure knowing she is married and living her own life, and I know that in her heart she is happy that I am doing the same. I will always remember all the children and babies that were there and all of the photos that I have are priceless memories that will last forever for me. When I wake up I wonder if they are about to sleep and at night I know they are starting their day or sometimes eating lunch. I know that I will think about them every day and hope that they will be adopted and have a chance to live a life like I have. I will never forget this summer in Korea, I hope that I can visit the baby center in Naju in the future.