A Conversation Between Adoptees 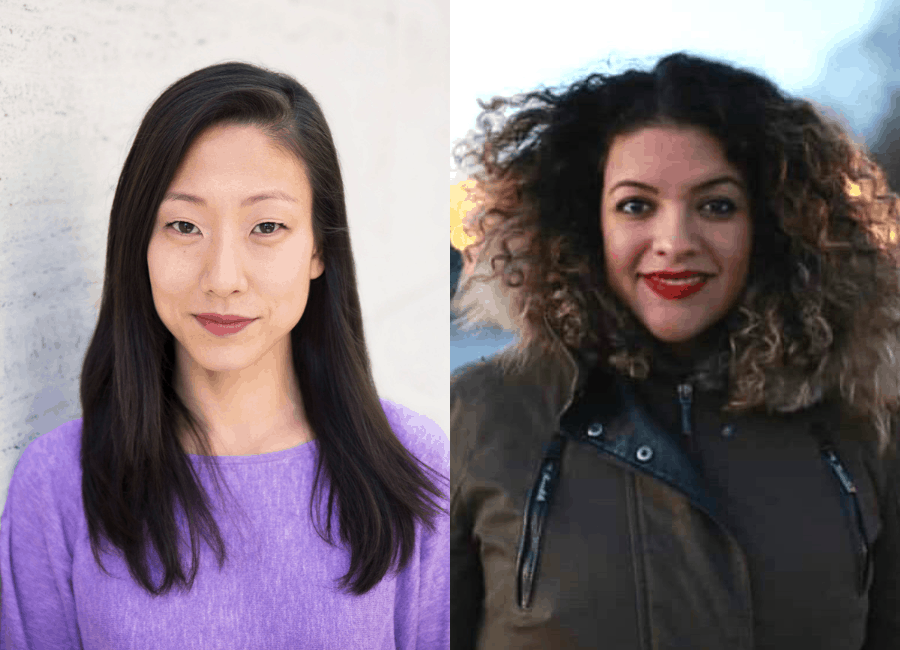 Jessica M. Luciere, facilitator of the Teen Mentoring Programs at Spence-Chapin sat down with Julie Fiorenza, a 3rd year Mentor in the NYC program and the 2021 recipient of the Dr. Joseph L. White, Pioneering the Way Mentoring Scholarship via Mixed Roots to discuss what this amazing recognition means to her.

This scholarship recognizes Mentors and Mentees Nationwide who work to carry on the incredible work of Dr. Joseph L. White.

Thank you so much! This recognition means a lot to me because being a transracial adoptee is a unique aspect of my identity, and sharing that with others as a Mentor is rewarding work that is near and dear to my heart. I am still fairly new in my role as a Mentor in an official capacity, being awarded this scholarship is extremely encouraging and inspiring. I’m also honored to carry on the legacy of Dr. Joseph L. White who made such a difference in the lives of young people.

Being a Mentor has given me an opportunity to give back and become part of a special community. I wasn’t part of a program like this when I was young, so as a Mentor I try to provide the support, guidance, and unconditional acceptance that I imagine my younger self would have wanted and benefitted from. The title of “Mentor” can be misleading in that it may imply the Mentor is the one doing the teaching, when in fact it is very much a two-way street. I feel that I learn just as much from the mentees as I  hope they learn from us Mentors.

In 2009, I visited my birth country of South Korea for the first time with Korea Homeland Tours, a tour group specifically for adoptees and their adoptive families. That year, they combined the adult Adoptee and teen Adoptee group, so at age  27, I was by far the oldest adoptee on the trip. Initially, I was a bit disappointed that there weren’t more Adoptees my age, but in the end, it was an incredible, life-changing experience, and I wouldn’t change a single thing about it. I enjoyed being a source of support for the younger Adoptees and looking back, I suppose I took on a Mentor-like role without even realizing it. After that trip, I knew I wanted to become part of a  mentorship group consisting of adoptees of all ages.

I started dancing when I was 4 years old, and there were two other female South Korean Adoptees who went to my studio. They were both several years older than me, and I  definitely considered them to be my role models. I felt like I could relate to them because they looked like me and also loved to dance. We were also all Adopted by white families and grew up in predominantly white communities, so we knew how that felt, although we never really discussed it with each other. I wouldn’t necessarily say they helped me feel like I was part of a community, but I looked up to them and liked that I could see myself in them. Just knowing they were there was enough for me at that point in my life but looking back I wish we had felt more comfortable to talk about our experiences as Adoptees.

When I was little, I was in a playgroup with other South Korean Adoptees we didn’t live in the same town or attend the same school, so eventually, we drifted apart. During my teenage years, I had one friend who was adopted whom I met through dance competitions. We didn’t live close to each other either, eventually, we lost touch but we’ve recently reconnected.

I am most surprised and impressed at how willing and able the teens are, to articulate very complex and oftentimes quite personal thoughts and feelings, not just about being adopted but also in regards to their developing identities.

I feel that “Identity Day” is always really meaningful for everyone in the group because while being adopted is an important part of all of our identities, we also get a chance to see that it is one facet of ourselves. I always enjoy making our identity boards and learning about others’ passions and hobbies. “Race and racism” is a difficult but necessary topic to broach as well. As a transracial Adoptee, I wish this topic had been introduced to me and my parents when I was younger. Even if mentees end up doing more listening than speaking about this topic, there is potential for it to open the door for future questions and conversations to take place between them and their families, friends, and peers.

I do. I would say the biggest difference is the prevalence of social media now compared to when I was the mentees’ age, but I do still feel like I can relate to some of their experiences, especially the challenge of navigating if/when/how to disclose that I was adopted to others. I also can relate to the young adoptees who are a different race than their parents and have essentially assimilated to the culture of their adoptive family or their community where they may not encounter many people who look like them.

I love connecting with people, so meeting others with whom I share such a unique commonality is very special. Just because you’re an adult doesn’t mean you’ve figured anything out (well hopefully some things!) and it’s so nice to be in the company of  others my own age who still grapple with the complicated feelings that come with being  adopted. At the same time, I like having a network of peers who I genuinely like,  respect, and can laugh and play games with!

Absolutely. I don’t think about being adopted every day,  In fact, sometimes I don’t want to think about being adopted and sometimes it’s all I think about. It’s not a topic that comes up often with my friends unless I bring it up for this reason, mentorship has given me a  community where I can bring all those feelings. Even when they are not verbalized,  there is an unspoken understanding and acceptance amongst the group that I simply cannot experience anywhere else.

Go for it! Some people may hear the word “Mentor” and think that means being paired up with one young person, but in this program, we go on the journey as a group. You will gain so much insight from Adoptees of all ages and learn a lot about yourself in the  process. Also know that your willingness to share your lived experience with the teens is so valuable and valued.

Even if you are not naturally outspoken or the most comfortable publicly sharing your innermost feelings and thoughts, you can gain so much from mentorship. If you stay open-minded and think of it as a new experience and community to embrace, you will find your own voice and the way that feels right to you to use it.

Just that it is a unique, special community that provides safety, warmth, acceptance, understanding, and fun.

To learn more about our Mentoring Programs please visit www.spence-chapin.org/mentorship