A Tribute to Fatima Kelly and Her Family 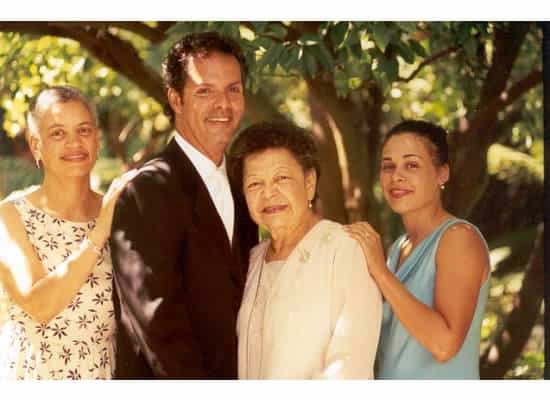 When Fatima Kelly passed away last winter, her children wanted to do something special to honor their mother’s memory. “It was a no-brainer. When all was said and done, our mom was a wonderful mother, first and always. I went online to try to contact Louise Wise [who placed me with my parents], and was surprised to learn that they had dissolved a few years ago. Which is how I found Spence-Chapin,” says son Joel. “We asked friends and family to consider making a donation in lieu of flowers. We were thrilled with the response.”

Joel shares a snapshot of their family life:

“My mom and dad (adoptive parents) are African American. They were raised in North Carolina and moved to New York City right before WWII. Mom and dad married in 1946. After moving to New York, dad worked for the NYC subway and later the NYC Department of Corrections. Mom was an assembly worker at a camera factory in Queens until I was 6 years old or so, then became a full-time stay-at-home mother. Our dad had the build and coloring of Dr. Martin Luther King; mom was about 5’2” and fair skinned and, if I must say so myself, a real ‘looker’ in her day.

“I was born in Brooklyn in 1954. As I understand from information I received from Louise Wise Services, my birth mother was Jewish and blonde; my birth father was African American. I have never met them, and I’m not sure he ever knew she was pregnant as they were not married. I was adopted by mom and dad in 1956 or so. I have two sisters, Velda and Camille, also adopted, who are multi-racial like me. Louise Wise was involved in Camille’s placement: first as a foster child, then years later when she was adopted. Louise Wise also placed four other foster kids with the family – two brothers, and later a brother and sister. They each stayed with us for a few years before moving back with their families.

“Velda and I grew up in Queens, then later on Long Island. Our parents consistently stressed the importance of education, and battled with local school boards in the 60’s to ensure that we had quality teachers and the opportunity to attend the best schools. Despite her petite stature, mom’s energy was boundless and she spent weeks during many

summers camping alone in the woods with us (and often with many of our friends, too), just to keep us active and out of trouble. Our family moved to Uniondale, NY in 1964. Mom and dad continued to be very active in everything we did at school: they attended our plays, concerts and basketball games and (unfortunately) every PTA conference, too. Dad was typically busy with work, working shifts around the clock. Mom helped us with homework and, once she couldn’t, found tutors for us. She worked at our schools from time to time until Velda and I graduated from high school. They moved back to North Carolina in 1973 after dad retired.

Our parents’ focus on education paid off, I guess. Velda is a concert violinist with the Detroit Symphony. Camille has been a manager at Bank of America for many years. I received my law degree from Georgetown and now am a partner at Jackson Lewis, one of the premier employment law firms in the country. My wife and I live in Studio City outside Los Angeles.

Our dad passed in 1980. Mom was active well into her 80s and took great pride in later years in all of our accomplishments and successes. Mom passed on February 5 at age 89. She is buried in NYC.”