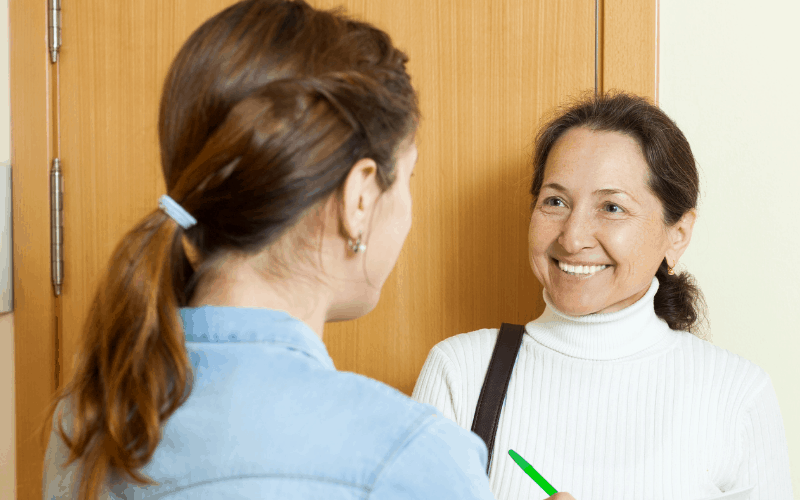 At Spence-Chapin, we view adoption as a lifelong journey that touches the lives of many individuals: birth parents, adoptees, adoptive parents, as well as extended families. It is essential to approach every individual connected to adoption from a place of honesty, respect, and loving support. That is what we call The Spence-Chapin Way. Unfortunately, this isn’t always the way that adoption has been approached throughout history, or even today.

Recently, I was reminded of the damage that can be done when families do not receive the support they deserve, and how we all can play a role in repairing that by being advocates for a better way to approach adoption and, in that way, all the individuals connected to it.

As a social worker at Spence-Chapin, I have counseled hundreds of women who are facing an unplanned pregnancy or have just given birth and are unsure about parenting. I am very familiar with the life-long impact the decision to voluntarily place a baby has on the birth mother. That is why the counseling that we do as social workers is so critical and can be made up of many sessions over a period of weeks or months.

Whenever a woman (or sometimes a couple) decides to learn more about adoption, the decision weighs heavily on them even as it is made with the child’s best interests in mind. Birth parents examine their current circumstances, what raising a child might look like, and what the child would need. Many factors are considered in the process, such as a birth parent’s emotional readiness, support system, housing, finances, and life goals. Women who pursue adoption as an option oftentimes feel uncertain about parenting her child, and often need help visualizing the future.

During counseling, I try to guide the conversation beyond the current moment in time. What would this decision look like in a year? How about ten? How do you think it’ll influence your child’s future? What about your own? Our social workers don’t have a crystal ball, but we want each birth mother to fully explore the ramifications of each option.

When a birth mother decides that she wants to pursue adoption, we first encourage her to pursue open adoption. Open adoption is a process in which the birth family and adoptive family have some form of contact with one another throughout the child’s life, which can take the form of occasional visits, phone calls, or emails and photos. While ultimately it is the birth mother’s decision, studies have shown that this type of relationship is beneficial for her, the child, and the adoptive family. Closed adoption limits contact between the two families with the exception of medical records. It often leaves adoptees with questions about their origin story and can lead to emotionally and financially taxing searches for birth parents down the line.

It’s not unusual for me to have contact with a birth parent in the first years after placement as she re-enters her life. Moving forward is often done with intentionality- but it can be hard to plan for how an adoption plan can influence her life now and in the future. The transition can be difficult, so one of our priorities as an organization is to offer ongoing counseling to birth parents and all members of the adoption triad.

Treating birth parents with dignity and respect, openly discussing all of their options, and empowering them to make decisions they are wholly comfortable with is part of the Spence-Chapin Way, but, unfortunately, it is not the approach that all adoption agencies undertake and was not at all commonplace throughout the history of adoption, leaving women and families often feeling that they had been coerced through shame or misinformation, and that can have repercussions that can reverberate for generations.

It is essential that we understand what that impact could be like for women and families, in order to help to begin to repair that damage and to advocate for an approach across all adoption agencies that treats birth parents with respect and transparency, that promotes open adoption, and that provides lifelong support to adoptees, birth and adoptive families.

The other day, I had the opportunity to put that into action.

While I was on my way to pick up a baby being discharged to Spence-Chapin’s Interim Care program at the parent’s request from the hospital nursery, I met another woman who was there in a professional capacity. When I introduced myself to her and told her my purpose that morning, she was suddenly quiet. I could tell she was thinking about something- her facial expression changed and she looked away. As I often hear reactions to the word “adoption”, I knew I needed to hear what she had to say. I asked her if she wanted to talk. She said yes, and told me her story.

Adoption had long affected the lives of her and her family members, and she shared that her family adoption story recently added another chapter. Adoption and the ripple effects across generations has been on her mind recently, as she had a close relative who gave birth to a baby decades before. Due to the circumstances of the birth, she had to give up the child at a time when open adoption was not practiced. One of the most prominent themes in her story was silence. The family was silent about their shared grief, and didn’t speak of the adopted child. She couldn’t share the story with her friends or others outside of her relatives, as it could negatively impact their lives, and she found that her relationship with the birth mother was complicated. This adoption being a part of her family’s story even contributed to her own life choices. Throughout the years that followed, she never stopped thinking about the baby. What was their life like? What had happened? Will she ever see them again?

Eventually, a search led by the adoptee led to a cross country reunion. This woman was relieved to learn that the child grew up in a loving family and had a good life. Even with the sadness of knowing that the birth mother and other family members had passed before this moment, there was joy within the next generation that embraced their newly found relative. Though she mourns the time lost in their relationship, she has begun to heal with their ongoing contact, and loves sharing the new relative’s happy milestones.

After listening to her own adoption story, I answered a few of her questions about the differences in modern adoption practices. I made sure to tell her about the support and counseling we offer birth parents, one of the many changes from the common path in decades past. It was time for me to pick up the baby, so we said our goodbyes.

Before I left the hospital, she stopped me to say how meaningful and comforting it was to her that we had met and spoke. She could not believe the coincidence in meeting me at this time in her life. She then looked at the baby in the carrier and wished him a good life.

No matter what happens, no matter what choice this birth mother makes, we hope for a good life for each of the people that we serve- women, children, and families. This guides The Spence-Chapin Way, and my work as a social worker every day.