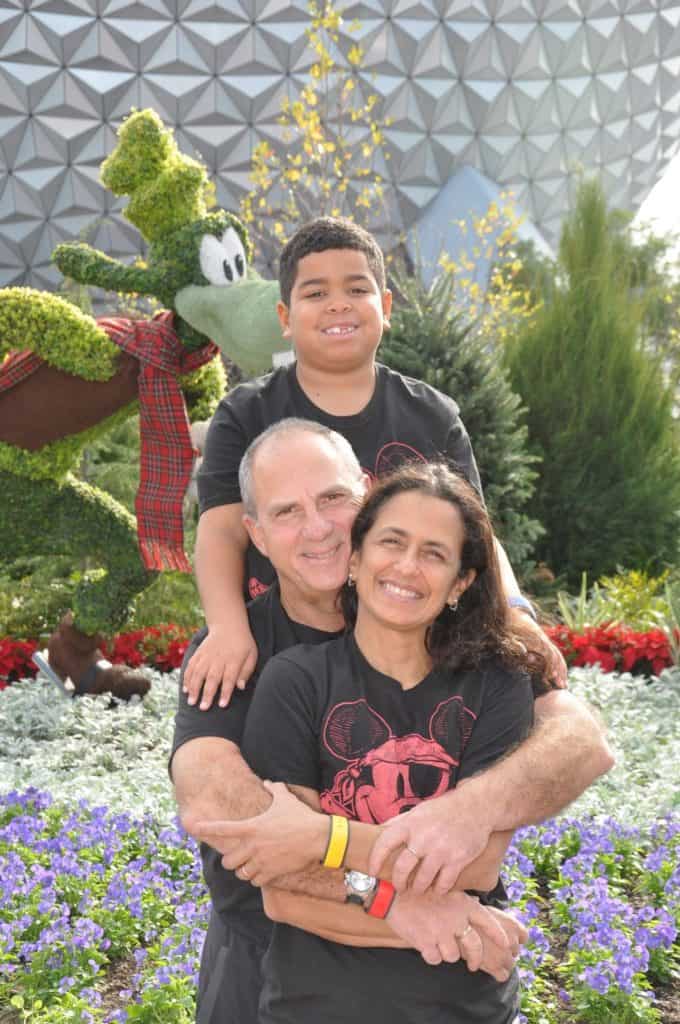 Bobby Hoffman learned the value of family at an early age. “My father left when I was 15, but he was gone long before he actually announced his departure,” Bobby explains. As the third oldest of nine children, Bobby was tasked with the enormous responsibility of helping his mother raise his siblings.

Bobby went on to marry Lynn and have a son named Ryan. Lynn unfortunately succumbed to breast cancer when Ryan was just 12 years old. After some time had passed, Bobby later remarried and settled into a life with Kelly, who never had any children and was now the step-mother to his almost adult son.

Just when Bobby thought he was finished rearing children, he realized his best moments had been with children and he wanted to raise another child, specifically a child born in New York City in need of a home. Bobby explains, “I wanted my wife and I to share all the love that we had within our hearts and to give a child a caring, stable home”. With that in mind, the couple turned to Spence-Chapin and a short while later, we able to adopt baby Gehrig.

Linda, the social worker on the case, reflects, “Bobby and Kelly immediately fell in love with Gehrig upon meeting him. It was a profoundly emotional moment and was very, very sweet.” Linda recalls the Hoffmans being on cloud nine about the newest addition to their family, catering fully to Gehrig’s every need.

Tragically, the high unexpectedly became a low when Kelly passed away from a heart attack just before Gehrig’s 2nd birthday. Facing single parenthood for the second time, Bobby drew upon the strength he learned from his mother so early in life and hunkered down to raise his son.

Oftentimes out of tragedy, comes resiliency. Gehrig is now seven and is flourishing due to the love and support of his blended family unit – Bobby, step mom Lucy, Kelly’s mother, and Lucy’s mother. Gehrig is aware of the deep courage his birth mother had in placing him for adoption and is constantly reminded of the boundless love and devotion Kelly had for him. “He knows life is good, even if it is sometimes short with many obstacles,” Bobby says.

The Hoffman family stays connected to Spence-Chapin by attending annual events such as Global Gathering and the Family Picnic. Bobby is also able to give back in a special way – through tribute giving. Instead of gifts on Gehrig’s birthdays, he encourages family and friends to donate to Spence-Chapin in honor of Gehrig. He also takes his commitment a step further by giving to the organization in honor of Gehrig’s friends’ birthdays. Bobby’s generous gifts and championing of Spence-Chapin’s mission help to provide children with a loving, permanent home such as the one he has been able to give Gehrig.