In Remembrance of Flicka Van Praagh 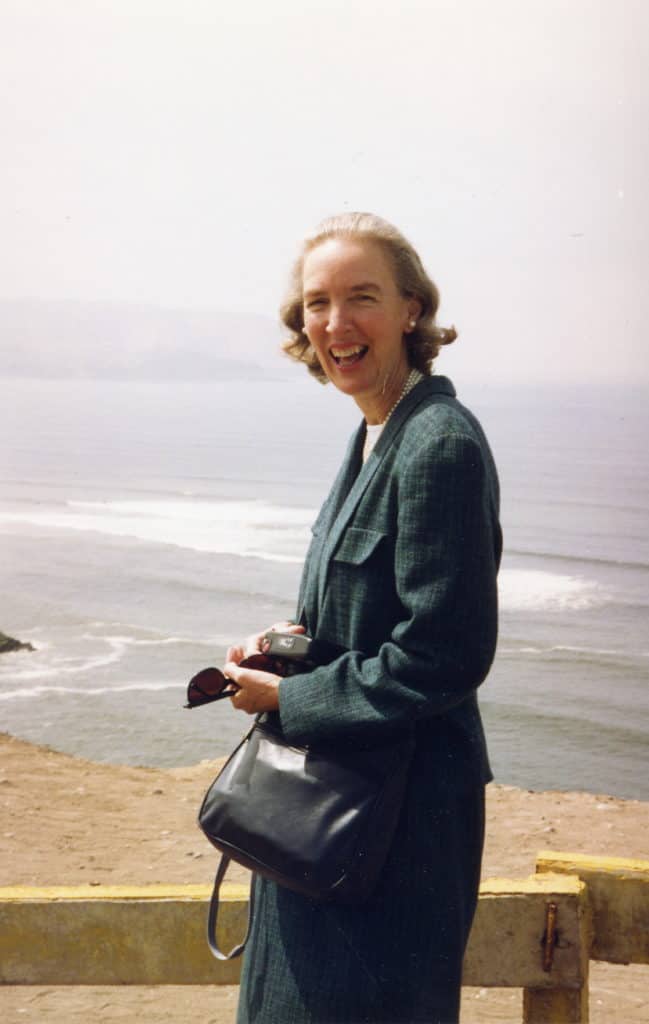 Spence-Chapin offers its heartfelt remembrance of the life and spirit of Flicka Van Praagh.  Flicka had served as the agency’s Director of the International Adoption Department from 1992-2004, having first joined the organization in 1958.

With an early interest in adoption, Flicka chose to come to Spence-Chapin for her student placement, a requisite for her MSW from Columbia University, and was offered a position after graduation. She started as a case worker in foster care in 1958 and was department head from 1961 to 1964 when she left to become Director of Social Services at Woman’s Hospital, a division of St. Luke’s Hospital Center. There she met her husband and they became the parents of a daughter and two sons. She returned to the agency in the early 1970’s on a part-time basis doing intakes and home studies that could be completed while her children were in school. She eventually came back full-time working in the international department.

Flicka made the first of many trips around the world in 1975, traveling to Seoul, Korea to implement the founding of Spence-Chapin’s first international program. She traveled extensively in Latin America in the 1980’s, working to establish programs in Chile, El Salvador, Paraguay, Peru, Colombia and Guatemala.

In 1992, Flicka became the director of the international department. She said, “In joining Spence-Chapin, I was able to see the world and visit so many wonderful places. I went to twelve countries trying to set up new programs; opening Russia, China, Moldova and Bulgaria. I found it thrilling to help waiting children from all around the world find their forever families.”

Understanding the critical impact that physical and emotional contact has during a child’s early stages of development, Flicka had the vision to establish Spence-Chapin’s first Granny Program in Bulgaria in 1998. This program’s success saw its replication in China, Moldova, Colombia and South Africa.

Flicka was loved by the many families that she helped bring together. In the New York Times online Guestbook Marth Volcker wrote, “Flicka was a wonderful person, and I am forever grateful to her for the important role she played in the adoption of our daughter. We adopted our daughter from China in 1999, and Flicka was a wonderful guide through the complete adoption process. We saw Flicka about a year and a half ago at a Spence-Chapin function, and her ability to remember and her interest in all the children she had placed in forever families was amazing.”

“We, the parents of two of the ‘in excess of 500 children’ Flicka helped place in adoption while at Spence-Chapin, would like to express our condolences to her family as well as our thanks, once again, to Flicka for guiding us through the 14 months that led up to the arrival of our then six-month and now 32 year old twin daughters, Jessie and Corey. Her spirit lives on in all of us,” wrote Jon Silbert and Bonnie McHale.

The Meo family added, “We are forever grateful and blessed to be parents because of Flicka. We were part of her last group to China. She was an amazing woman. May she rest in peace knowing the love and joy she brought to so many.”

At her retirement party in 2004, Flicka said. “In all the years that I worked with Spence-Chapin, I always carried a case load in addition to my other responsibilities because of the great pleasure and joy in working with clients and seeing them turn into families.”

For Ann Hassan, our current Director of Adoption, Flicka was more than a humanitarian. “To me, Flicka was a mentor, advisor and friend. As a young worker I idolized her, and she in turn invested in me, encouraged me and molded me into the social worker I am today. She combined grace and confidence in a way that made her a superb leader and a truly unique and special woman. She had true affection and commitment for the hundreds of families she worked with over the years, stemming I think from the immense love and pride she had for her own family and a core belief that everyone deserves to experience that kind of love. Flicka guides me in my work, and in life, and will forever live on through me and my many colleagues who learned from her for so many years.”

As parents and child welfare professionals, many of us are inspired by her work and her legacy.  As we reflect on her achievements, we struggle to find the balance of a tribute and a call to action – not to just mourn Flicka, but to learn from Flicka and continue her work. In doing so, we could elevate our focus of our common goal – that every child deserves a family.

If you would like to make a donation to continue Flicka’s work, we would welcome a tribute gift in her honor or call Mary Connolly, 212-360-0204.

You can read our remembrance to Flicka online at the NY Times.