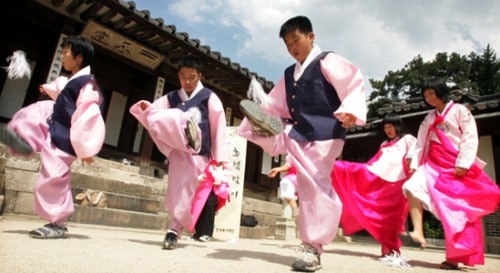 The wait for referral continues to be 12-15 months. We received three referrals in November and the children were 11 months, 12 months, and 13 months old.  We continue to expect that the children will be 10-18 months at the time of referral for future referrals. Therefore, children coming home will be approximately 15-24 months old.
Please note that your home study will now need to reflect your openness to a child up to 24-months old at the time of placement. If you are already awaiting a referral, please speak with your worker to update or amend your home study right away. And please send a copy of the updated or amended home study to Spence-Chapin along with an amended I-600A approval which should reflect the child approved age to 24 months.

Upcoming Program Workshops – The next Korea Program Workshop – introducing the Korean adoption process, partner agency in Korea, and overview of the Korea program – required for those adopting from Korea, is being held on January 23rd from 6:00pm to 8:00 pm at our New York City office. Contact Namyi Min for more information.

Korean New Year, commonly known as Seollal is the first day of the lunar Korean calendar and falls on January 23rd his year. It is the most important of the traditional Korean holidays and consists of 3 days of celebrations.  Korean New Year is typically a holiday for the whole family. Many Koreans dress up in colorful hanbok, the traditional Korean clothing, and perform ancestral rituals in the morning. Tteok guk, soup with rice cakes, is commonly served during this holiday.

Sebae is a traditional practice of paying respect to parents and grandparents on Korean New Year. Children visit their parents and wish them a happy new year by doing a deep traditional bow for them. This is accompanied by the words saehae bok manhi badeuseyo which literally means receive a lot a new year’s luck. Parents reward this by giving their children New Year’s money and offering words of wisdom.

Folk games: Many Koreans play the traditional family board game, Yut. Men fly kites and play jaegi chagi, a game where a light object is wrapped in some paper or cloth, and then kicked in a hackisack manner. Women play nurtwigi, which is a game of jumping on a seesaw.

To learn more Korean traditions, head to the day long family event on January 21st at the Korea Society.

For those of you interested in the modern Korean offering, APAP is hosting JANYA at Drom on Friday January 6, 9pm.

Lunar New Year Festival: Join the Flushing Library  in celebrating the Year of the Dragon, January 28. Chinese and Korean Culinary Arts and Crafts, food preparation, and traditional song and dance round out this day.