My Month in Korea 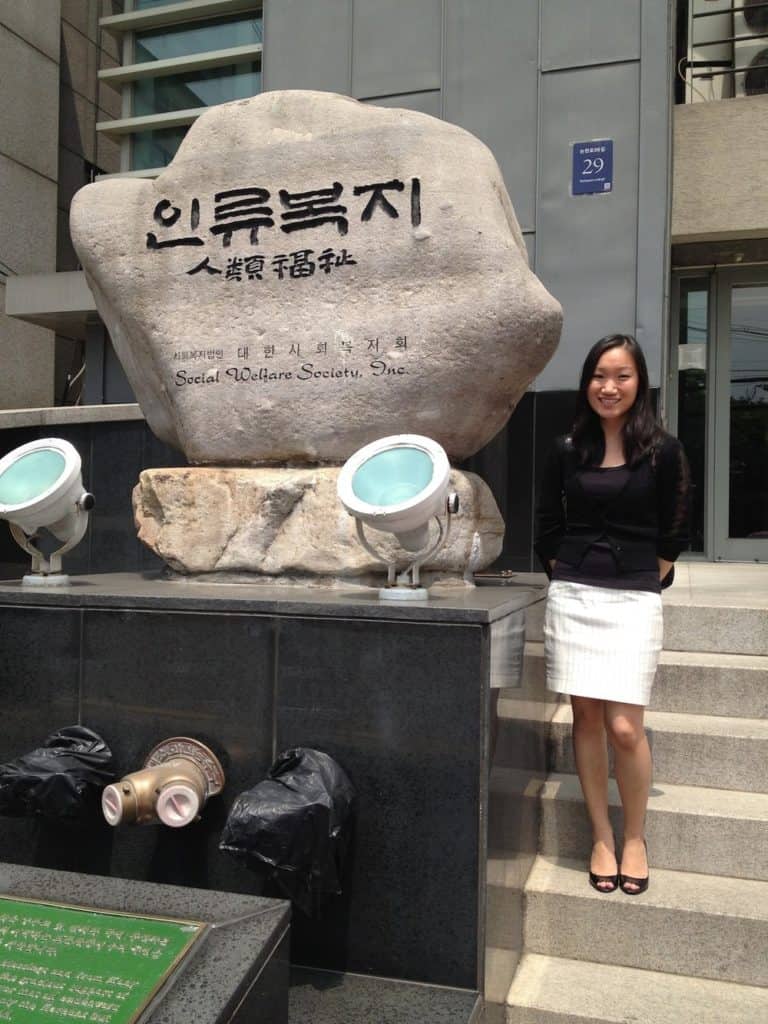 Whenever I sit down to write about this trip, I usually end up staring at a blank page. How can I pen down emotions that I still struggle to explain to myself? When people ask me about my trip to Korea, I show them pictures and tell them about the culture, the sites I visited, and about the children I cared for in Naju. They always respond with either, “how life changing,” or “wow, you are so lucky.” I am very lucky to have been selected to visit Korea, but my luck goes beyond that. I am lucky because I was given the opportunity to experience, if only briefly, what my life would have been like if I had not been adopted.

Life is full of “what ifs,” all life changing to various degrees. What if I had left for work fifteen minutes earlier? What if I had studied a different major in college? What if a different family had adopted me? What if my biological mother had decided to raise me? The latter thought has crossed my mind from time to time, but knowing next to nothing about her, it was difficult to imagine how different my life could have been. I was given the opportunity to read my adoption file for the first time at Social Welfare Society and learn about my biological mother. I found out that one of the reasons why she decided to give me up for adoption was because she was unemployed and did not have the financial stability to care for both of us. But what if she had decided to raise me even though life would be difficult? As I walked through a neighborhood in Seoul, lost and frustrated, that was all I could think of. Would my life have been like this? Living in an area with rundown walkups, boarded up windows, and broken, narrow streets littered with shattered soju bottles? As I walked around and gazed at my surroundings, I could not help but feel that I was face to face with a life that could have been mine given different circumstances. It was scary, saddening, and eye-opening all at once. I was lost, both spatially and emotionally, as I stared at a world I was so unfamiliar with while trying to imagine it as home.

The experience was such a shock that I believed that the trip could not hold any more surprises for me. When I arrived at Naju, I began to think more about myself as an adoptee. Growing up, my thoughts on adoption were always positive. While I often thought about what life would be like if my biological mother had kept me, I hardly ever thought about not being adopted at all. Being adopted was something that I always felt grateful for but, in a way, also took for granted. When I went to Naju and lived at Ewah with the orphans I began to wonder, what if I were never adopted? Would my life have been like little Juno, who is so trusting and innocent? The two of us got attached to one another and he quickly became my favorite child at the orphanage. He would always greet me with a smile, give me a hug, and ask me to play with him. One morning, I decided to skip breakfast and sleep in. When I woke, his caregiver told me that Juno was running around looking for me. He asked, “Did Sam-emo leave? She didn’t say goodbye. I miss her. I hope she comes back to visit me.” It made me sad that this adorable boy would miss me so much when I left, but it also broke my heart imagining the countless number of people before me that he has grown to trust leave as well, and all the people that will in the future. It is hard and painful to imagine a life where the people you meet and become attached to continuously leave. It must feel like abandonment at some point. Is he old enough to understand why? Or does he believe that he is the reason that so many people come and go? Will he grow up able to form long, stable relationships, or will he seclude himself out of fear and resentment? I hope that he grows up to be strong and self-assured, and I hope that I would have too if our places were reversed.

Even though I have finally managed to write something down I know that these stories do not even come close to expressing what I really feel. There are many stories to tell about my month in Korea, many of which are more uplifting, happy, and less complicated than what I have just written. But at the end of the day, those two experiences are the most important to me. As time passes and I begin to forget about all the places I visited while in Korea, I know that I will still remember these emotions. It is possible that all adoptees imagine what life would have been like if they were never adopted, and I have been fortunate enough to get a glimpse of that alternate world. It is something that I will never forget.