Q&A with a Birth Mother 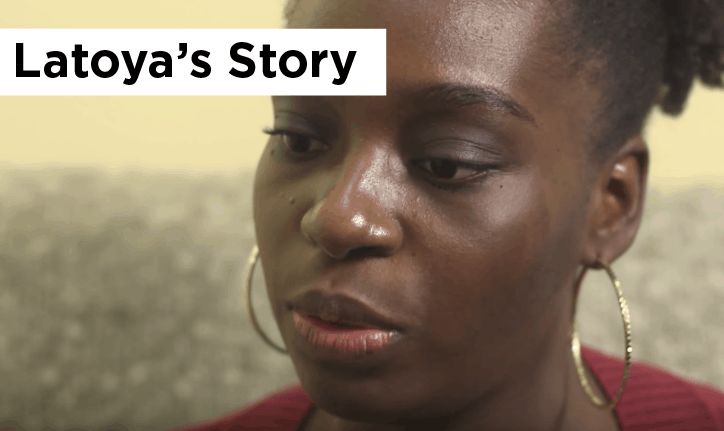 Latoya Sinclair is a birth mother who placed her son for adoption without the support of an adoption agency. Five years later, in a time of crisis, she received help through Spence-Chapin’s birth parent support group. Through this group, she has become an advocate for birth mothers and helped host Spence-Chapin’s 2016 Birth Mother Gathering. Recently, she told us she wanted to help more people by sharing her experience publicly and we are thankful she chose to speak to us. Below, Latoya speaks to Spence-Chapin Outreach Manager, Lucy Shaw, about her experience and hopes for the future.

Lucy: How do you think your experience as a birth mother has changed you?

Latoya: I feel like I grew up way too fast. It’s changed my relationships, how I interact with people, my perspective on life. Even in my career, I’ve always thought I have to do way more because I never want my son to think his birth mom never did anything with her life. I’m still changing. I deal with it every single day.

Lucy: What are some things that you think birth mothers and professionals could learn from your experience.

Latoya: There should never be a situation where a teenager is able to give up her parental rights without being legally represented. Because you are very young and your mind can be easily manipulated. And I wish more birth mothers would come out and not be afraid to say who they are. Because there are a whole bunch of adopted kids who had to come from somewhere.

Lucy: What are some misconceptions people have about birth mothers?

Latoya: I just had lunch today with one of my old counselors and she was surprised that I was getting pictures of my son. I get that a lot from people. They just don’t understand that there is still a connection. They expect people to be numb – as if the feeling of being a mother just disappears.

Lucy: Can you explain why it’s important for you to have photos of your child?

Latoya: I think I would go crazy without it! I see he’s happy and being well taken care of and that gives me peace of mind. It’s sad enough knowing that there is a kid out there that I love that doesn’t know how much I love them. But it would be even worse if every black boy I see walking down the street, I’m wondering, ‘Is he the kid I gave birth to?’

Lucy: And how do you think it’s beneficial for your son to have contact with you?

Latoya: I think it’s good for him to know where he came from. Most people have that information, so they don’t understand what it’s like. Everybody wants to see someone that they look like or are connected to in that way.

Lucy: How do you think adoptive parents could benefit from being more open?

Latoya: They will understand it will benefit this child they love so much. It’s not anything to fear.

Lucy: What types of qualities does it take as a birth parent to be in an open relationship?

Latoya: You need great communication and a willingness to be vulnerable. It is a matter of the heart – it takes being true to yourself and a lot of courage.

Lucy:  What are your thoughts on meeting your son?

Latoya: I’m keeping the door open. I don’t know how I’m going to handle seeing him. I’m leaving it up to him.

Lucy: How do you feel now about parenting?

Latoya: I’m not in the financial place or relationship to have a child right now. But I do want a child. I feel like it is okay for a child to have more than one mother. I’ve never wanted to take away from my son who he calls “mommy”. I’m more child-centered.

Endnote: As an adoption agency, we at Spence-Chapin are here to support women like Latoya and promote their voices as part of the adoption discourse. If Spence-Chapin had been involved when Latoya was pregnant, she would have received options counseling, been counseled on her rights to open adoption, and provided with an attorney at no cost. She would also have been able to choose families that wanted open adoption. Unfortunately, Latoya only found Spence-Chapin five years after she placed her son for adoption and did not have the support of an adoption professional when need it most. However, we are inspired by her strength and commitment to share her story and be a role model for others.

Read Latoya’s story here or watch Latoya describe what would have been different if she’d made an adoption plan with Spence-Chapin, below.

If you have a friend, family member or client in need of options counseling, we can help. Call us 24/7 at 1-800-321-LOVE. Contact the writer Lucy Shaw at lshaw@spence-chapin.org.