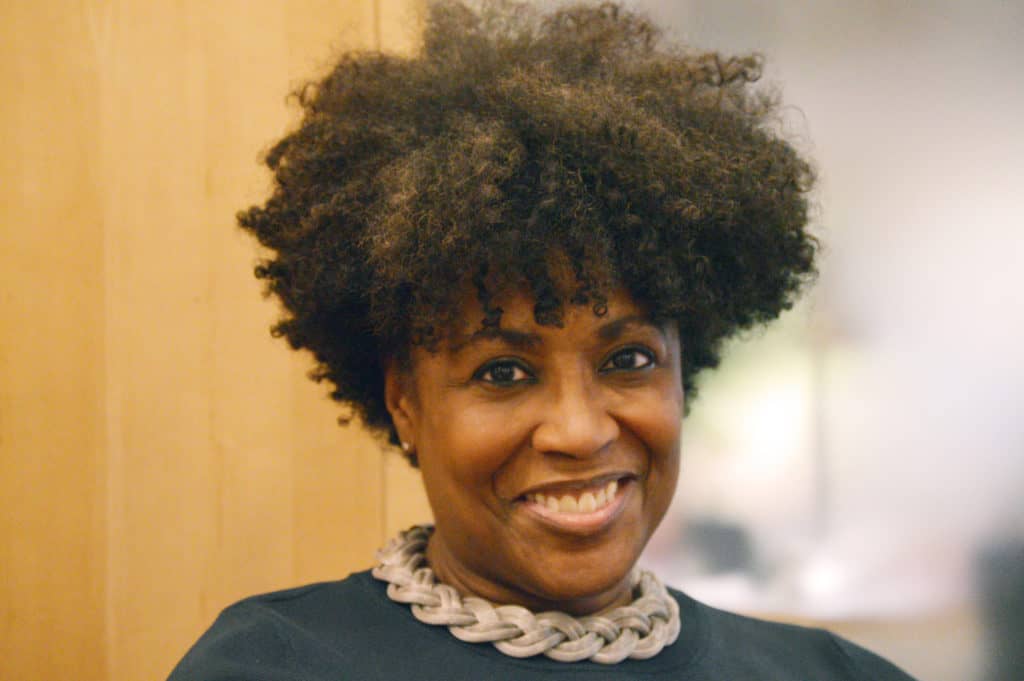 This month as we celebrate Black History Month, I have found myself taking time to reflect on the history of African American adoption, the role that Spence-Chapin has played in that history, and the many encouraging changes I have witnessed in my 25+ career working in adoption.

A little over 25 years ago, I had just finished social work school and had identified child welfare as the focus of my passion. I realized that, to be effective in my work with families, I needed the support of an organization with strong values: integrity, mutual respect, diversity, creativity, opportunity.

Spence-Chapin had built a firm foundation that I could appreciate. A non-profit, nonsectarian New York City organization that had placed almost 18,000 children with permanent families by the time I arrived.  In the early 1900s, the founders, Clara Spence and Alice Chapin, independently established nurseries for homeless infants left in hospitals and shelters, then placed those infants into permanent adoptive homes.  They were women who cared and worked on behalf of children and families. Just happens that those families were white. The two organizations merged into The Spence-Chapin Adoption Service then incorporated in 1946 and immediately began developing a program to find homes for black children.  I could get behind that kind of vision.

Spence-Chapin’s Board of Directors recommended that a student from the New York School of Social Work study the need for adoption “among the black population” and do research in Harlem.  This student arranged a meeting with Ms. Gladys Randolph, Director of Social Work at Harlem Hospital, and learned about the 18 babies at the hospital who interacted with at least 33 different individuals every day, and who were about to reach their second birthdays in the hospital.

The Spence-Chapin Board studied these findings and launched the African American Adoption Program shortly thereafter in October of 1946.  By early 1947, two black children were placed with black families.  By 1948, the agency had hired a black social worker to find boarding homes and to distribute information in Harlem to let people know that Spence-Chapin was a new resource for children.

With more research, I uncovered more notable black leaders, many of them women, who had contributed to Spence-Chapin’s development. Hubert Delaney, brother of the famous Delaney sisters (“Having Our Say – The Delaney Sisters’ First 100 Years”), was elected to the Spence-Chapin Board of Directors in 1950.  At a major conference on social services, Mr. Delaney said: “Spence-Chapin is moving forward in this service [adoption] which is leveling racial barriers and making a genuine contribution to our democratic way of life.”

She co-chaired the committee briefly with Mrs. Eleanor Roosevelt, and was elected to the Spence-Chapin Board of Directors in 1953.

Other women I could emulate had supported Spence-Chapin’s black family recruitment efforts throughout the 1950’s, including Mrs. Hubert Delany; Mrs. Ralph Bunche, wife of the statesman, activist, and 1950 Nobel Peace Prize winner; and the famous African American contralto, Ms. Marian Anderson. Renowned throughout the world for her amazing voice, Ms. Anderson was also known as the woman for whom the Roosevelts had orchestrated a performance at the Lincoln Memorial in 1939 after the Daughters of the American Revolution refused to allow her to sing before an integrated audience.  Mrs. Jane D. Edwards, a black social worker and successful program manager, was Executive Director of Spence-Chapin from 1967-1990.

In 1968, Spence-Chapin founded Harlem-Dowling, a branch of the organization that would be situated in Harlem and staffed by residents of Harlem. The annual report of that year states: “We believe that by backing this branch with our name, reputation, resources and technical knowledge, we can help the new agency gain full momentum more quickly than if it started on its own.  We intend to help the community create an independent, self-supporting agency serving its own needs.”   The two agencies parted ways in the late 1980’s when Harlem-Dowling decided to expand its foster care services, and Spence-Chapin chose to end its foster care programs in order to focus on adoption.

In the 1990s, the federal Multi-Ethnic Placement Act (MEPA) dominated adoption practice. MEPA declared that race, color and/or national origin could not be used to delay (or deny) any child’s placement into a family and required the application of “diligent efforts” to expand the number of racially and ethnically diverse (foster) and adoptive parents. Again, Spence-Chapin acted by strengthening its programs to recruit and support black adoptive families.

I was hired during this period (in October of 1992) and quickly moved through various roles as African American Adoption Program caseworker, supervisor, manager, adoptive family recruitment coordinator, associate director then director of the Domestic Adoption Program, and now Executive Vice President of External Relations and Family Services. Throughout the years, I recruited adoptive families, designed efficient internal systems, trained social workers, and created new programs such as The Adoptive Fathers Support Group through which fathers from the African-American Adoption Program supported other men throughout the adoption process.  They taught new fathers about the joys and challenges of fatherhood, and mentored them on how to raise black, adopted children to have healthy self-esteem. The fathers’ support group also helped to produce a video in which they discussed their real-life adoption stories, described how they had decided to adopt, how they tell their children the stories of their adoptions, and how they talk about adoption to friends and family.

My efforts to recruit black adoptive families included outreach to black churches, black sororities & fraternities, professional associations and community organizations.  I managed the media-focused outreach program with Spence-Chapin Communications Department, and broadcast adoption to black families via the internet, and the media including KISS-FM, POWER 105-FM, WLIB-AM, WLIW-TV, AM New York, Harlem Parent Magazine, Black and Latino social work newsletters, Google, Yahoo, the Spence-Chapin Facebook page and website.  Scores of families were created during that time, many of whom continue to be connected to Spence-Chapin and its programs to this day. Today, working in collaboration with the innovative development, marketing and outreach departments at Spence-Chapin, I continue to reach out to families through television interviews (“Here and Now” (ABC TV), 112BK (BRIC TV), Brooklyn Savvy), panel discussions (“The Wickedest Woman” theatrical production), by moderating adoption related seminars, representing adoption interests at community events (WOW at the Apollo Theater, Harlem Chamber of Commerce), with foundations and other donors. Those who may benefit from Spence-Chapin’s adoption, family coaching, and support services must know that they exist.

Adoption has evolved over a quarter of a century. It has become more inclusive, more diverse, more accessible. Yet there is always work to be done, and I am proud to be with an organization that continues to believe in and live that effort—to be part of the driving force to ensure that we keep moving forward, finding loving, permanent for the children who need them.