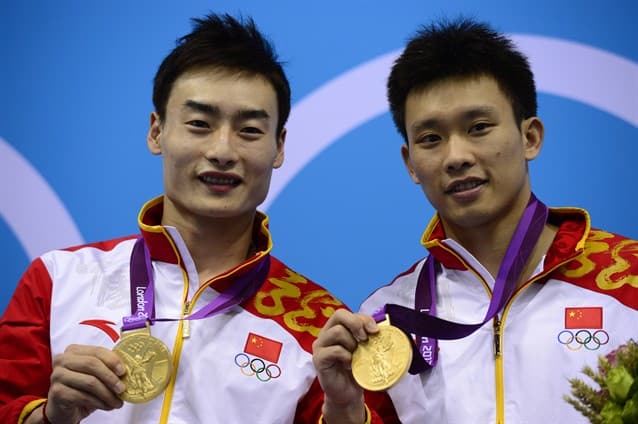 The 2012 Summer Olympics in London, officially known as the games of the XXXX Olympiad, are, as always, electrifying and exciting. Fans from around the world celebrated their countries’ magnificent athletic achievements and Spence-Chapin’s international partnering countries faired spectacularly well.

The Olympics is fascinating celebration of culture and athleticism, and we had fun routing for all the countries, including team USA! Take a minute to see the medal breakdown of China, Colombia, Ethiopia, Korea, Moldova, Morocco, and Russia.

Currently, the People’s Republic of China has a total of 80 medalists in the 2012 games, with 37 Gold, 24 Silver, and 19 Bronze! Most of their medals come from gymnastics, swimming, and diving. Watch this video of diver Chen Ruolin’s brilliant dive from a handstand, to win her the Gold medal in the Women’s 10m platform event.

Colombia has 6 medals in varied sports including cycling, Judo, and wrestling. 29-year-old Oscar Albiero Figueroa, at 5’5 and 137lbs was not favored to place, but he gorgeously deadlifted 309lbs to cinch the Silver medal in the Cinch category.

Ethiopia is known for their awesome Track and Field athletes. However, this year Tiki Gelena took home the Gold on the streets on London for the rainy women’s marathon. She set an Olympic record with a time of 2:23:07. Marathoners ran past some of London’s most notable landmarks, like St. Paul’s Cathedral, Big Ben, the London Bridge, and the tower of London. Watch video of the marathon coverage here.

Korea had a huge year with 25 total medals, 12 gold, 7 silver, and 6 bronze. Korea sent 245 athletes to the London Olympics to compete in 22 sports. Most of Koreas Gold medal wins were in shooting, archery, and fencing. With Korea taking home the team gold in a high-flying sabre match against Romania.

One of the smallest countries to compete, sent 22 atheletes to compete in archery, boxing, cycling, and weightlifting. They won 2 bronze medals in Men’s and Women’s Weightlifting. Cristina Iovu and Anatolie Ciricu. Moldova has competed in the Olympics since the 1996 Olympics in Atlanta, Georgia. Watch Cristina Iovu set a world record and win the bronze medal in the Snatch, by lifting 218lbs!

This year, Morocco competed in 12 sports, taking home the bronze medal in the Men’s 1500 meter race. Abdalaati Iguilder won the bronze for his country with a time of 3:35.13. Hailing from Errachidia in western Morrocco, Iguilder has been competing internationally since 2004, and competed in the Olympics for the first time in 2008 in Beijing.

Another medal powerhouse, Russia currently has 56 medals, with 12 gold, 21 silver, and 23 bronze. Russia sent 436 athletes to London, to compete in 24 sports. Most of their medals are from gymnastics, track and field, and wrestling.  Russia has one of the most amazing synchronized swimming teams in the world, winning gold in both duet and team events. Russia has swept every synchronized swimming Olympic category since the Sydney Olympics in 2000! Don’t miss this video of Natalia Ischenko and Svetlana Romanisha’s spectacular routine.

That’s all of our Olympics wrap-up. Which International team was your favorite? We’d like to congratulate all the athletes for competing and doing a spectacular job. It’s wonderful to see countries come together and celebrate the many things we share in common.